basicly they drafted..the way i see it...developmental..pitchers..they can keep at..AZL..till they need them..
this guy seems to be a good catcher
Welch, Charlie
Arkansas (AR)
C
R/R
4YR SR
--
6' 0" 205lbs

who kind of dropped off the planet
or even

of guys they could sign....even after the draft..and they could use a couple...... 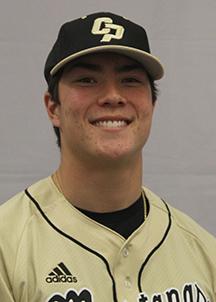 2020 -- Appeared in seven games on the mound, all in relief, as a sophomore ... 1-3 record and 3.57 ERA ... pitched five scoreless innings in relief for win against Baylor, scattering three hits with no walks and five strikeouts ... losses were against BYU and twice versus Michigan .. 20 strikeouts over 17 2/3 innings --- struck out five against BYU and allowed one run and two hits over five innings, but suffered loss as Cougars scored a run in 14th inning for 5-4 win ... did not play summer ball.

2019 -- Made 14 appearances on the mound, including four starts, two in midweek games and two on the weekends ... 1-2 win-loss record and 9.13 ERA with 27 strikeouts over 23 2/3 innings ... earned victory against Columbia in second game of doubleheader March 9, allowing three runs (two earned) and five hits over five innings with three strikeouts ... pitched four scoreless innings with season-high seven strikeouts at CSU Bakersfield on Feb. 19 in first collegiate start ... gave up just one earned run in 4 1/3 innings in relief against Pepperdine on May 7 ... played summer ball for Peninsula Oilers in Alaska Baseball League, posting 1-1 record and 4.62 ERA ... also had one at-bat, a two-run single to cap a four-run 12th-inning rally against Chugiak.

High School -- Woo was named West Alameda County Conference MVP after his senior season under head coach Ken Arnerich at Alameda High School ... hit .422 and compiled an 8-2 win-loss record on the mound with a 1.25 ERA ... led Hornets to 27-2-1 record, a first-place finish in the West Alameda County Conference's Foothill League and the CIF-North Coast Section Division 2 championship ... also was an infielder and helked Hornets to CIF-North Coast Section playoff berths as a freshman, sophomore and junior ... also played basketball as a freshman ... made the school's Honor Roll wtih a 3.9 grade-point average ... chose to become a Mustang because Cal Poly is "a great university and because of its location, academics and baseball program" ... also, "Cal Poly was my only offer to play as a pitcher only; all other offers were to play in college as a two-way player" ... played summer ball for Peninsula Oilers of Alaska Baseball League, posting a 2-3 record and 5.92 ERA with 28 strikeouts over 24 1/3 innings.

Personal -- Son of Clayton and Hilary Woo ... one sister, Emily ... wants to be a professional baseball player ... enjoys fishing, golfing and surfing ... born in Oakland, Calif. ... majoring in business administration with a concentration in marketing.
Last edited: Jul 14, 2021 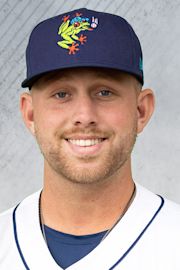 so if they seem..to have ..everything but 1B at aqua sox..covered..and they could pro use one or two outfields still


they still need a 1b..shrum will do...and a couple more outfield guys


Thrasher, John
University of Hartford (CT)
OF
R/R
4YR SR..east coast teams will be all over...thrasher as well

3B is the same..only the opposite of 1b..they need to be able to handle sharp hit balls..at a short distance..proto typically..a right handed guy..
with glove hand toward the infield

OF — Randy Bednar (Maryland)
With little to no leverage and age often playing a huge factor, many professional baseball organizations sign players as free agents, where the maximum bonus amount is $20,000. 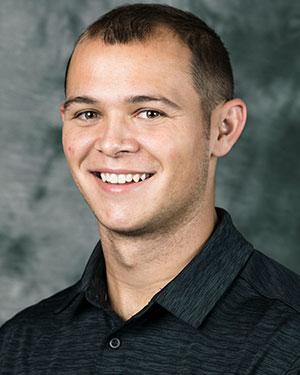 still on my list
as well as of now