The NFL officials made a mockery of the NFL yesterday 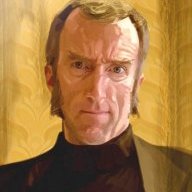 And really all year so far. I've been baffled all season at how god fucking awful some of these paint huffing dumb shits are. I can't understand how the NFL allows some of them to remain employed. They haven't been amazing in the past either, but I have noticed that they've gotten worse ever since the whole replacement refs situation. And these last few years the quality of NFL officiating has been pretty laughable.

Regarding this whole bad officiating situation I've always gone back to the old adage of "Never ascribe to malice that which is adequately explained by incompetence." But after this weekend I just can't fully believe that anymore. Don't get me wrong, some of these officials are simply morons who can't do their jobs. But some of this shit is most definitely intentional and I can no longer believe all of these guys are just idiots who are in over their heads. The phantom roughing the passer call against Detroit and the illegal formation call against Houston (late in both games) both reek of corruption. These officials are fucking with games. Too many tick-tacky calls in big situations.

That's not to say the league is fixed, but some of these officials are definitely corrupt as fuck. I never bought this before but at this point I have to believe there is something going on.

The officials (specifically Alberto Riveron) basically colluded to get rid of the PI reviews last year. Reviewing PI through challenges was a great idea and it is still necessary. That botched abortion of an officiating job during the Saints/Rams playoff game SHOULD NEVER HAPPEN. Honestly most calls like that should be reviewable (roughing the passer for instance) for the sole purpose of preventing one fuckwad ref from ruining a game.

The NFL got rid of the PI review rule this year because very few calls were overturned last year. But the fact is that very few calls were getting overturned because the officials in New York were stubborn jackasses who didn't want to overturn anything short of what we saw in the Rams/Saints playoff game. They didn't want the PI reviews to succeed because that would lead to other judgement calls getting the same treatment. You'd think Riverron and the other boys in New York would want the NFL to get more calls correct. But they seem more interested in protecting shitty refs and/or allowing their boys to fuck with games than actually improving the game.

I'm gonna guess at least a few games this post season are gonna have some officiating fuckery. It may not end up mattering (it didn't really in the Minny/Det or Hou/Ten games) but there's gonna be some shady shit.

Vince Lombardi, Tom Landry, Chuck Noll, Hank Stram, Jimmy Johnson, Bill Walsh, Bill Belichick, Pete Carroll, all won Superbowls with Hall of Fame QB's to be regardless of who the officials were. In a 16 game season, the calls will even out, you get some you don't but officials aren't holding good teams down, they aren't elevating bad teams. Good teams will thrive and bad teams will suck no matter who the officials are.

These NFL refs are graded there is tape on everything, no way in hell there is any BS going on. These guys don't give a damn who wins or loses these games. All those guys had go thru something similiar to what a prison guard goes thru just to be there. High character guys with integrity.

BUT......they do need to think younger guys out there, too many old men involved.

The real bummer is you just cannot play football worrying about safety to the point they are. That is like trying to box just don't hurt anyone.
Football at all levels is about kicking ass knocking that first stringer out of the game, get the backups in.

RaZon said:
Vince Lombardi, Tom Landry, Chuck Noll, Hank Stram, Jimmy Johnson, Bill Walsh, Bill Belichick, Pete Carroll, all won Superbowls with Hall of Fame QB's to be regardless of who the officials were. In a 16 game season, the calls will even out, you get some you don't but officials aren't holding good teams down, they aren't elevating bad teams. Good teams will thrive and bad teams will suck no matter who the officials are.
Click to expand...

I agree with all of this. However there are instances where refs fuck up royally and ruin games.

BUT......they do need to think younger guys out there, too many old men involved.
Click to expand...

They got a ton of old fucks out recently and it really hasn't helped. 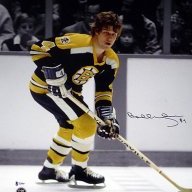 Could have kept the replacements from the "fail mary" year and done just as well. 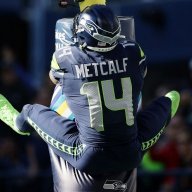 I really think it has less to do with corruption and more to do with how vague and simple the directions are.

The roughing penalty in the Detroit game had to be because the defender landed on the QB, which was implemented after Erin Rodgers cried. It's a dumb aspect to the play because it's lazily instituted. It absolutely should be a penalty should the defender lift the QB and pile drive him to the turf, but the heads of officiating are too lazy to differentiate between egregious malice and simple physics of tackling.
You must log in or register to reply here.