The Flyers posted their opening night roster. Both Lehtera and Weiss are on it.
That frankly annoys me.

The bigger questions is...what is going on with the goalies?

Elliot we know. He will be the number one until he breaks down or flames out. That is his role. He earned it last year and did a fine job until he got hurt.

Lyon is injured and the vague way that it is being handled leads me to think it might be more serious than not.

Stolarz is back from two knee injuries. He could be fine. He could break down at any moment.

Neuvirth is...well, Neuvirth. I could go shake his hand. I have a cold...that might finish him off.

Hart is the number one with the Phantoms.

Pickard. Just pulled off waivers. A decent NHL backup/1b if needed. OR, a veteran to ride the bench in the AHL behind Hart. I can see him in either role.

This leaves Lyon, Stolarz and Neuvirth all up in the air. 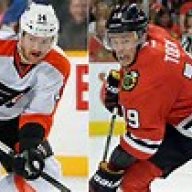 Meh, really not a lot of drama/questions here. Weise is still with the team because they’d rather have him wasting away as the 14th forward until Knight is heathy or Pickard passes his physical than a young prospect who is better served playing regularly in the AHL.

Pickard was claimed because Lyon and Neuvirth are hurt and Elliot and Stolarz are both coming off of major injuries. Elliot and Stolarz will be given first crack at holding down the fort. If either falters, Pickard will get the next shot. If needed Neuvirth and/or Lyon will get a chance. Who gets waived will depend on what I just said, guys will get a chance until 2 solid NHL goalies emerge. The others will be waived or traded accordingly.

I give Hextall credit for setting this up as well as can be expected given the injuries in a manner that gives Hart the best chance at developing for at least half a season in the AHL.
Last edited: Oct 2, 2018 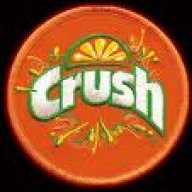 It was stated during at least one broadcast that Weise is playing his best hockey to date as a Flyer right now and I have to agree with that actually. He's still a fringe player, but it's perhaps enough to make the team. Lehtera will be gone soon enough. He's probably only still with us for the same reason(s) MacDonald is.

As far as goalies are concerned, I'm sure Hexy is doing everything in his power to prevent calling 20 year old Carter Hart up to the Nhl and potentially stunting his development at the Ahl level.
You must log in or register to reply here.

W
The Master Plan born of indigestion and leaf raking