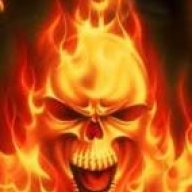 ANTHONY: Look, I'll take the bait. I know I got ripped for my last Choice when I suggested they need to upgrade several positions on defense. To some, apparently that meant I think the offensive line rivals the great Bengals units of the late 1980s and needs no help.

Not what I said, so let's try it again.

Browns quarterback Baker Mayfield is 5-1 against the Bengals with a 111.4 passer rating. Ravens quarterback Lamar Jackson is 5-0 against Cincinnati with two 100-yard rush games and a 97-yarder. Browns running backs Kareem Hunt (on 55 carries) and Nick Chubb (on 97 carries) average five and 4.8 yards per carry, respectively, against them. In the last 18 division games the Bengals have 22 sacks.

All that said, they've been racked by injuries on that side of the ball for the last three seasons and have already made some significant upgrades via the draft (safety Jessie Bates III, end Sam Hubbard) as well as free agency when they made nose tackle D.J. Reader and cornerback Trae Waynes their highest-paid free agents in history last year. Safety Vonn Bell has been one of their greatest free-agent pickups ever on and off the field.

All but Bates and Bell missed significant time last season and they still played six winnable games (Chargers, Eagles, Washington, Giants, Dolphins, Cowboys) that they ended up losing, so you'd have to say if they're healthy they're on the uptick. But with their best pass rusher (Lawson) and one of their best cover cornerbacks (Jackson) potentially in free agency and the upgrades needed at defensive tackle, on the edge and at cornerback, I would think defense needs to be a major priority before they keep falling behind in the North. In the draft and free agency.

Clearly they have to do a better job of protecting Joe Burrow. No question they need to upgrade the line. I never said anything differently and I would expect them to do that early in the draft. And if they do indeed take Oregon left tackle Penei Sewell at No. 5, that means they've drafted an offensive lineman in the first round in three of the last four drafts and four of the last seven. So it is not like the line has been neglected. They have invested in it.

My only question is, if you're going to drop $50 million on a high-rent guard or another offensive lineman, what have you got left to sign an edge, a D-tackle and two cornerbacks? If you can do it all, by all means. Pro Football Focus says they can get Dayton's Joe Thuney for four years at $57 million. Love it. But can you do it without blinking against Chubb and Hunt?

To me, it makes more sense to upgrade the O-line with a guy priced in the next tier. And, really, they proved they could win with two solid vet guards in Xavier Su'a-Filo and Quinton Spain. Sure. Upgrade, but break the bank on defense. Plus, the re-hiring of offensive line coach Frank Pollack and putting him in charge of the run game should also count as an O-line investment.

I've said this before. I've said it again. And I'll keep saying it. Their best offensive lineman in pass protection just may be running back Joe Mixon carrying the ball.

Upgrade where you can. And that just doesn't mean personnel. All I'm saying is there's more to do on defense. 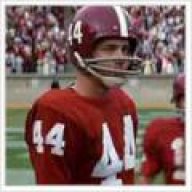 yea, it's true. we're more than just " a few players away" from playoff contention.

For me, if they can't protect Joe Burrow, they need to trade him for a bunch of picks and/or upgrades. There is absolutely no point in Joe B coming back from injury just to get injured again behind the leagues worst OL. And if that happens, absolutely NO top QB prospect will ever agree to play for this franchise "Don't draft me" will be the mantra, it will be clear at that point that the responsibility lies with the Bengals front office.


it's all about priorities... we might not be able to fix all of them in one offseason. 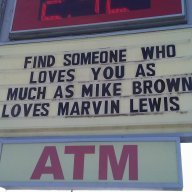 Yes, he has a valid point, but no he's still missing the mark on offense.

The game has changed. Yes, Mayfield and Jackson are doing well against the Bengals defense, but until last year the defense has been really, really bad. Last year, I kind of give the team a bye on that because of all the injuries. So, in getting everyone back, they should be good enough to improve. Lawson will return - either by signing or Franchise Tag. I'm not worried about that. Jackson is over-rated, IMO. If they can sign him, great, but I'm not breaking the bank to keep him.

With that being said - you absolutely have to find a leader and an established player on that OL. What is needed as much as talent is a guy that can help the younger kids grow. If it's Thuney, then they are going to have to pay for him. If it's someone else, then they are going to have to pay for them. They've done the "next tier" route several times and it simply has not worked out. If they want to give the ball to Mixon more, that's great, and yes it helps with the pass-rush to an extent, but only if the OL can block for Mixon to be effective. So you still have to upgrade the line if you want Mixon to run effectively.

Bottom line is: The Bengals have cap room, and have guys they can absolutely cut to save up towards an additional 10MM. The Bengals have $48MM in cap space. Plus there will be an increase going into 2022 with the new TV deal pushing the cap back north of $200MM. Then you add in the $10MM in potential cut savings - and you see the Bengals actually have well over $60MM in space with room to take a hit next year. Hobson makes it sound like signing Thuney will hit the cap for $50MM all at once and sap the cap, but we all know that's not how it works. However, they have room to take a huge chunk this year and push the rest over the next 4 years where the cap grows, but his contract actually shrinks in a way because the bonus is paid up front, but spread over 4 years.

For example Thuney at $60MM can easily be broken down into chunks. Contract is $10MM a year for 4 years. Signing bonus is $10MM spread over 4 years, and then a roster bonus of $2.5MM a year. His yearly cap hit would be $15MM and he would collect $22.5MM up front in year one, and they can guarantee, let's say, the 2nd year of the contract. That would make the contract worth no less than $35MM guaranteed. This is probably really basic, but I'm just trying to show that even with a larger price-tag the Bengals can take make it work. Even at $20MM cap hit for this year, that leaves the Bengals nearly $35MM left in cap space - and that is before cutting anyone. If they choose to make those cuts, they still have roughly $45MM left in cap space. They can also offer a lower yearly base salary and increase the bonus, which players like because it's money paid up front, but it helps the cap out over the life of the contract.

Bottom line is - there is a LOT of wiggle room for the Bengals.

I hope so. we can at least make it interesting.

This is from NFL.com on probably overpriced free agency. Interesting thoughts. However, I don't think this is going to stand pat this year. Or at least I hope the Bengals are not thinking this way after Duke's interview.

The inclusion of both players here is far less about the high quality of both players and more about the market. Thuney and Linsley have proven they are above-average starting offensive linemen and I have them in my top 20!

Still, players like them often get superstar money in free agency when interior offensive line play depends so much on teamwork and coaching. Players like Matt Paradis, Andrew Norwell, Weston Richburg and Logan Mankins are examples of interior linemen free agents who could only effect so much change on their new teams. To put it another way: Finding a scheme and the right offensive line coach is a much cheaper way to improve line play.

Duke's Presser Highlights in relation:
Tobin said the club's plans for improving the team in free agency the draft begin and end with quarterback Joe Burrow.

"We've got one of the premier best young quarterbacks in the game and we're going to do everything we can to build around him," Tobin said, "and give him the opportunity to really shine and show what he can do. It's going to start with him." 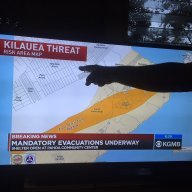 everywhere you shine a light on this team you find problems. everywhere. Highlight of the year is the draft. They will have to obtain mediocracy 1st. They are always 5 years from hope.

jbuck said:
everywhere you shine a light on this team you find problems. everywhere. Highlight of the year is the draft. They will have to obtain mediocracy 1st. They are always 5 years from hope.
Click to expand...

But if Burrow is that good, and so far the results have been extremely promising, and they do upgrade the OL - this team can win. It's a QB driven league - and hell, the Bengals were in just about every game but 2 or 3. I think they lost 6 or 7 games by a TD or less. Sustain a few more drives, and maybe Burrow scores another TD, drains some clock in a few of those - and those could be wins.

I'm not saying this team is suddenly going to win 12 games - but with Burrow, as we already saw, the Bengals may never be out of a game. It's been a long, long time since you could say that about this offense. 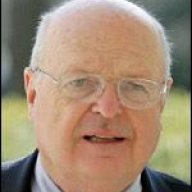 But if Burrow is that good, and so far the results have been extremely promising, and they do upgrade the OL - this team can win. It's a QB driven league - and hell, the Bengals were in just about every game but 2 or 3. I think they lost 6 or 7 games by a TD or less. Sustain a few more drives, and maybe Burrow scores another TD, drains some clock in a few of those - and those could be wins.

I'm not saying this team is suddenly going to win 12 games - but with Burrow, as we already saw, the Bengals may never be out of a game. It's been a long, long time since you could say that about this offense.
Click to expand...

I agree.... And I think it's a really fine line between being competitive and sucking. The obvious thing that tips the scales is a good quarterback - though that doesn't always solve all problems. But, given salary caps and a high value on young players on first contracts (i.e. unproven commodities), teams aren't very deep these days. A good example of this was the Chiefs in the Super Bowl.... You take a few offensive linemen out of their rotation and their once 'unstoppable' offense can be completely shut down by a good defense.

Everything should shape up to favor the Bengals winning some games this year. They have funds to spend in free agency, they get some guys back from last year, and you have coaches that essentially have one more season. I'd expect some progress this year.

angst? um, not really giving a damn. I'm over stupid fandom
You must log in or register to reply here.