So far I like all of the picks both first and second day. The Flyers selected Joel Farabee from the USA Hockey National Team Development Program with the 14th overall pick and then selected Jay O'Brien, a high school product from Thayer Academy, with the 19th pick.

They took Farabee who is a 200-foot player that brings skill, smarts, and instincts to the wing. He's a good skater with nice finishing ability and he'll need to add weight and muscle, but he's got potential to be a very good all-around player.

Next, O'Brien was considered a bubble first-rounder but he goes inside the top 20 and the Flyers clearly saw something they liked. The American playmaker has a pretty offensive skill set down the middle including a shoot-first mentality, and he'll hope to develop further at Providence College.

Hain's skating ability has kept him from being able to use his terrific shot as much, making him a less effective player, and probably pushing him into the later rounds of the draft. This guy might have been a reach.

Westphal is another strong two-way player with pretty good scoring ability which seems to be a trend with this draft for us.

We got another goalie. Samuel Ersson is a modern-day butterfly goalie, who possesses a calm demeanor and fluid movement. His fluidity allowed him to come out of his reverse V-H or drop into it before most short-side shot attempts could get through. His ability to transition from a butterfly to a standing position and visa-versa is impressive.

Jack St Ivany wasn't a bad pick and like the others needs some seasoning. Defensively St. Ivany uses his reach and active stick to take away time from his opponent and does a good job challenging plays at his own blue line and closing players off to the outside against the rush. Jack needs to add more grit and physicality and make things harder on opponents in front of his own net and in puck battles as he has been vulnerable to losing battles.

This draft was not real bad or real sexy but again reflects Hextall's approach of not fearing a risk if he took one on any given player. We certainly loaded up on defensemen though. What isn't apparent is why Hextall has this apparent tendency to not take what the consensus believes are better players in any given round when they appear to be available for the taking.

Interesting. Again we shall see how this all translates into the performance on the ice and the W-L column. 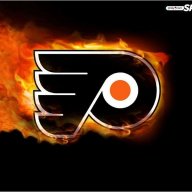 At least Pitt had a crappy draft. 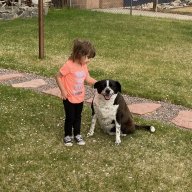 At least Pitt had a crappy draft.
Click to expand...

You don't know how bad I want to see the decline ofthat team!!
You must log in or register to reply here.