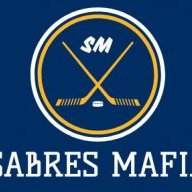 
This will be the place to keep up with the Buffalo Sabres throughout the short season. I will post in here during games instead of starting GDT's for every one. I will post news as I read it including trades, promotions/demotions, signings, etc...

This seems to be one of the most least active forums in here. I know there are a couple of Sabres fans on here so lets get it going. 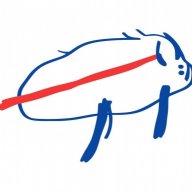 I read a lot & don't get to post as often as a bunch of others. The time difference makes me miss a lot of early action and lack of TV coverage sucks.

Maybe once the games get going and a few threads are going who knows.

Hopefully the Sabres can take advantage of the end of the schedule this year. I think it's 10 of last 14 are at home.

I forgot about the Roy for Ott deal. I am looking real forward to seeing if he changes how physical the team is.

I am also ok with Jochen being back too.

I guess Sabres fans aren't going to stay away....

Well I promised myself I wasn't going to get excited about hockey because of the lockout. Too late!

I certainly hope people are watching these videos. I love how much TP is putting into this team. I think it is a matter of time until we see the results we have been wanting to see for year. 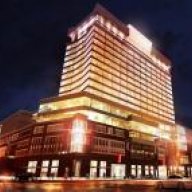 I have been working on getting more Sabres fans posting here. There are a couple that post on CBS Sportsline that look like good possibilities. Just making sure not to attract trolls.

GAME RECAP
Thomas Vanek had a career-high five points, including three in the third period, as the Buffalo Sabres scored three unanswered goals in a 4:15 span late in the third to open the season with decisive 5-2 win over the Philadelphia Flyers before a sold-out First Niagara Center crowd. Buffalo scored three times on the power play, with newcomer Steve Ott getting things started midway through the first period. Tyler Myers scored the game winner at 14:57 of the third period on a wrist shot from the right faceoff circle that appeared to deflect in off the skate of Flyers defenseman Kimmo Timonen. Jason Pominville chipped in three assists, and Ryan Miller stopped 27 shots to earn the victory. 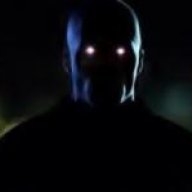 New to the boards, what's up guys!
You must log in or register to reply here.