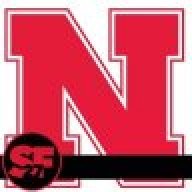 1792 - France declared war on Austria, marking the start of the French Revolutionary wars.

1836 - The Territory of Wisconsin was established by Congress.

1971 - The Supreme Court upheld the practice of busing for racial desegregation.

1977 - The Supreme Court ruled that car owners could refuse to display state mottoes on license plates, such as New Hampshire's "Live Free or Die."

1980 - The first Cubans sailing to the United States as part of the massive Mariel boatlift reached Florida.

1999 - Two young men stormed into Columbine High School in Littleton, Colorado at lunch times and killed 13 and wounding dozens more in what was at the time the nation's deadliest school shooting.

2003 - U.S. Army forces took control of Baghdad from the Marines in a changing of the guard that thinned the military presence in the capital.

2010 - An explosion on a BP oil drilling rig off the coast of Louisiana killed 11 people and injured 17. Experts estimate that more than 13,000 gallons of crude oil per hour began leaking into the Gulf of Mexico for the next three months.

2010 - The Supreme Court struck down a federal ban on videos that showed graphic violence against animals.

2019 - SpaceX's new capsule for astronauts was destroyed in an explosion during a ground test at Cape Canaveral, Florida; the accident, later blamed on a leaky valve, marked a serious setback in the company's effort to launch NASA astronauts into orbit later in the year.

1912 - The Boston Red Sox played their first game at Fenway Park, defeating the New York Highlanders (now Yankees) 7-6; the stadium is still in use today.

1944 - The NFL legalizes coaching from the bench.

1982 - The Atlanta Brave set a major league record by beginning the season with 12 consecutive wins.

1986 - Michael Jordan of the Chicago Bulls set an NBA playoff scoring record with 63 points in a game against the Boston Celtics.

1996 - The Chicago Bulls set an NBA record for best regular season record in league history after finishing at 72-10. (The record would be broken by the Golden State Warriors in 2016 at 73-9.)

2003 - The Tampa Bay Lightning beat the Washington Capitals 2-1 in the third overtime to win the series 4-2. It was the first time in the 11-year history of the Tampa Bay franchise that they advanced in the playoffs. 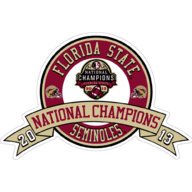 The voice of fuckin reason

Location
Middle of the Desert, AZ

A point for the B1G for wrong forum thread starting?

Who was in charge of keeping score of that?
You must log in or register to reply here.