Maryland at Texas in Two Weeks 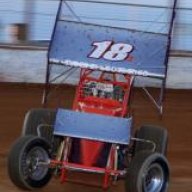 Dang wish the QB situation was more clear. Too bad Henderson broke his foot and is not healing as quick as hoped.
OL had a bunch of false starts yesterday in the open scrimmage, maybe it gets them focused.
And the kicking game is a concern. Next years guy is ranked 21st by Kohl's but doesn't help this year.

Could be a long year or a fun year watching the young guys grow.
As a look at the level of the young guys, only one senior was ranked above the 2017 commit average. The senior class has both red shirts and not. So not one recruiting class. Just shows what Coach Deadsall left behind. 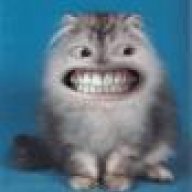 Life is what you've made of it.

You guys may be in the toughest division in college football. Ohio St, Michigan, Penn St, Michigan St. Good luck with all that.

olympicoscar said:
You guys may be in the toughest division in college football. Ohio St, Michigan, Penn St, Michigan St. Good luck with all that.
Click to expand...

Grin, and a crossover at Wisconsin. Haven't quit figured out the permanent crossover deal yet, but I think ours is Minnesota and Flect (sp) seems to be the right guy to get them going.
Anyway tough when trying to rebuild, whatever that is in college sports.
Seems most of the fans would like to look respectable when playing those you listing ie not getting blown out including your Buckeyes. I guess me too.

Well that was a great way to start the year.
Lost our starting QB in Piggy, the guy really stepped it up from last year.
Hill the freshman looked good, still a freshman though.
Lost our senior Jesse Aniebonam too. He was looking good too.
You must log in or register to reply here.