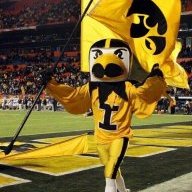 The 2014 season was a wildly disappointing one for the New Orleans Saints. They went from one of the preseason Super Bowl favorites to being unable to win an awful division, and seemed to have completely lost what was once an extreme home-field advantage.

As you will see below, getting back to playoff contender status next season will be a major accomplishment for the Saints, but unlike many of the non-playoff teams, the Saints still have some star power at important positions that could allow for a quick rebound.

These need to be their top priorities heading into the offseason:

1. Get the salary cap in order

New Orleans went all in before the 2014 season to make a run at a Super Bowl title, giving Jimmy Graham and Jairus Byrd big money and mortgaging its salary-cap future to "live for today." Let's just say that didn't work out.

The Saints will pay the price for that this offseason. Not only will they have a very difficult time re-signing free agents such as Mark Ingram and Patrick Robinson, but the contracts of many staples of this organization will need to be restructured or terminated. New Orleans could possibly be without players like Marques Colston, Curtis Lofton, David Hawthorne, Brodrick Bunkley, Pierre Thomas and maybe even Jahri Evans or Ben Grubbs.

This front office has been quite creative over the years in remedying such issues, and it'll need to do the same this offseason in order for the Saints to make the necessary upgrades to their roster.

Keenan Lewis is a high-quality starting NFL cornerback, but he is really all New Orleans has at the position; that's a big problem, considering a team needs three or four quality corners to get through a season. This is a huge need for the Saints, but quality cornerbacks don't grow on trees, New Orleans doesn't have the cap room to pick up a top free agent and this draft doesn't look to be very strong on first-round talent at the corner position.

3. Upgrade at all levels on defense

New Orleans' defense was simply awful in 2014, and its problems had to do with more than just the lack of a quality second cornerback. The Saints need new starting inside linebackers and better pass-rushers in addition to all the help they can get in the secondary.

Starting center Jonathan Goodwin's contract is also up this offseason. The starting guards, Evans and Grubbs, are very expensive and will probably need to have their deals restructured. Even if two of the three players return (Goodwin is the likeliest to go), the Saints need to get better performance out of the positions. This offense is far more effective when it has a powerful interior run game, and due to Drew Brees' lack of ideal height, he needs a clean interior pocket in order to thrive. The Saints should look for value in both free agency and the draft to add depth and possibly a starter or two.

5. Fill the bottom of the roster on the cheap

Because of their extreme cap concerns and a few big holes that need addressing, the Saints could have very little capital invested in the bottom portion of their roster. They will have to be very shrewd late in the free-agency period to find bargains, and seek contributions from late-round draft picks and undrafted free agents.

Are these people on crack? Upgrade on all levels of defense?

We only need RT, C, RG, and a nose tackle. Three of those we can find in the draft and get a FA leftover and a #2 corner. 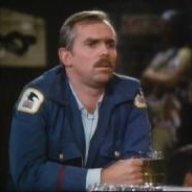 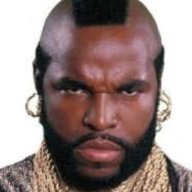 Location
gotham by way of dixie

The trade was right because Brees would keep throwing at Graham who was getting the coverage. The Fleener deal works now because Brees will have two playmakers to throw to as defenses have to account for Cooks as well. But as for last year, Brees needed interior oline help. I'm not making any assumptions until I see what else happens in FA. But the saints did not need to sacrifice their offense anymore at the expense of defense and we have been defined by having a unstoppable offense. And Graham was too much money for someone who didn't want to show up. And I stand by the fact he will be traded midseason by Seattle.
You must log in or register to reply here.

After the Stafford/Goff Trade, Where Does Watson Go?
4 5 6