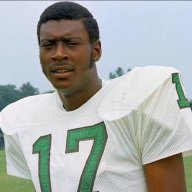 Hangin' With The Homeboys

Howie has usually had a better track record trading up than down. Given his history drafting, I'd almost rather see him use some of those picks (now hat he has ammo to do it) and get one of the top guys... I've seen this trend in previous drafts, a position is labelled deep, you need players from that group and if you get too cute you don't end up with anyone good. Remember 2014? Deep WR class and we ended up with Jordan Matthews and Josh Huff. That CANNOT happen again.

The sweet spot to me is 10. New GM in Cleveland who was in the Eagles' building, there's some history there to work a deal. As a reference, when we moved from 24 to 13 in '10 to get Brandon Graham, it cost us 2 3rd rounders. So it's going to cost us that and maybe one of our 4th rounders.

Lamb and Jeudy have star written all over them, lets not mess around and get one of the elite this draft has to offer at a position that we need desperately. If the draft is as deep at WR as everyone says it is, we can get a good one in the middle rounds (we will still have picks, I don't see a move up like this costing us our entire draft) that can still be a productive contributor. 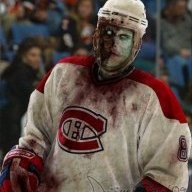 Carson Wentz suffered a suspected torn ACL during a mini putt tournament. The injury was sustained on the tricky 16th hole at the dogleg heading towards the clowns mouth. Wentz is expected to be out for the remainder of the putt putt season. Carson's caddy, Mr. Nick Foles said, "damn that was a tough break, I felt like stepping in for him to finish the round, but I got a nasty feeling of deja vu so I didn't". 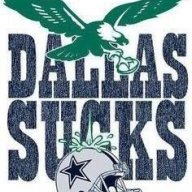 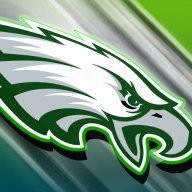 I'm very hopeful that the Eagles do not trade down. Pick the best player and be done with it. 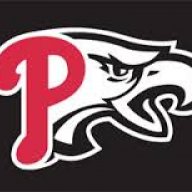 Rey said:
There's so many good trade down candidates.

** Jalen Reagor - Had a slower than anticipated 40 time at 4.47, but a lot of that had to do with him gaining about 10-12 lbs of muscle since the season ended. Dude was a "jacked" 206 lbs, but the added muscle weight slowed him down. If he can lean back down to around 190-195 he's a 4.4 or better player all day long. Even with the added wight he still had a great Vertical and Broad jump ... the dude's extremely explosive.

** Brandon Aiyuk - Ran s a 4.5 flat which is a solid time, but checked all the other explosice category boxes just fine. This kid reminds me a lot of O'd Beckham Jr in taking slants to the house and moves after the catch.

** Denzel Mims - Wow, awesome Combine with excellent size and arguably some of the best hands in this draft. He went from a late 2nd / early 3rd guy to possibly a late 1st / early 2nd.

** Donovan Peoples-Jones - System at Michigan held this kid back, but he could explode in the right Offense at the pro level.

** Laviska Shenault - The only ding for me is the injuries. A healthy Shenault is a 1st rounder all day.

** KJ Hamler - May be the DJax replacement as your deep threat / playmaker. Drops is an issue and he's likely a mid 2nd.

** Michael Pittman - Big and strong, a bit under rated for some reason.

** Chase Claypool - Wow! Just as Mims did, this kid vaulted himself into Late Rd 1 / early Rd 2 consideration. If he can slim down to 128-130 he may dominate the league with his size / speed combo.
Click to expand...

Honestly I think I would rather have Reagor at 206 and a 4.47 speed in the pro game than 15 lbs lighter and a tick faster.

The tick faster won’t matter as much in the NFL as those 15 lbs of muscle.
You must log in or register to reply here.

My Free Agency and Mock Draft