Damn good post ckhokie. Now a lot of what I normally would see on the cars race day are beginning to make sense.

One of the UK's top betting sites has decided to pay out on both Verstappen and Hamilton winning the WDC. That's when you know a championship isn't legit.

Stefan Johansson, current manager of Alex Palau and who has no dog in the fight, has a lot to say on it on his blog. It's the part in bold that I want the FIA to explain. Even IF Masi made a call within the regulations, why did he change his mind to let only a few lapped cars past, but only some of them, with only about 30 seconds to go before the race was restarted under green? Who knows, maybe if Mercedes had known that they were going to lose all the advantage they'd earned, they would have pitted Hamilton for fresh softs during the yellow caution anyway and tried to regain the lead. Up until that point, they were led to believe (some of) the lapped cars wouldn't be allowed through. But in addition to the rules not being followed, Masi changed his own communication at the last second and left Mercedes with no strategy call left to make just seconds before the race went green again:

"“First, I guess it’s positive for F1 that everyone is chiming in, that there’s so much passion for either side, Lewis or Max,” Johansson wrote on his personal blog.

“Whether it’s intentional or not, the entertainment value of this controversy has gone through the roof.

“But I think there has to be a balance somewhere because the decisions Masi made make no sense on any level. His decision completely ignored any level of common sense as to what would have been a fair way to handle the situation.”

“The only way it should have been done was by doing what you’d normally do and indeed what he did in the race prior.

“As soon as they deployed the safety car with five laps to go they should have red flagged the race.

“That’s the only way to keep it level and keep the excitement until the end. You would have had everyone come into the pits while they clear the track, put new tyres on and go from there like they did at the Saudi Grand Prix when Red Bull rebuilt half their car and put new tyres on.

“Had that been done you could have had a fair five-lap shootout for the championship. Making the decisions he did and then changing his mind completely at the very last moment absolutely handed the race on a plate to Max and Red Bull after Lewis had done a flawless race.

“This last race was just the culmination of a series of incredibly bad calls that somehow seem to have escalated as the year went on.”

“The other thing I’m totally perplexed about is what happened in the Saudi race, where race control is suddenly starting a negotiation with the teams during a safety car period, where did that come from?!” Johansson added.

“I’ve never in all my years of racing in just about every category worth mentioning ever seen that happen before. I didn’t know that was even possible, or legal for that matter.

“The only logical answer to me is that there may be pressure from above to spice up the show, which may also explain the equally illogical decision to finish the race the way they did in Abu Dhabi.”" 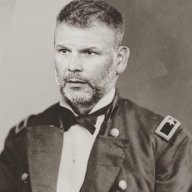 This all makes perfect sense to me, but why site just Saudi Arabia? There was some race earlier in the year (escaping me now) where Lewis was the beneficiary of a red flag, was there not? He was able to unlap himself and get back into points he had no business winning. That could have been the difference in the season just as much as any other race.

The red flag was required and no rules were broken. It was a wet race, the barriers had been damaged.

That it benefited somebody has nothing to do with the price of eggs.

Yea Hank, F-1 is full-on CYA mode at this point. They look ridiculous doing what they are doing (rationalizations to the nth degree) but they are hoping this all goes away!

Ex-Michael Schumacher Mercedes C63 Wagon Is Up For Sale (msn.com)
You must log in or register to reply here.