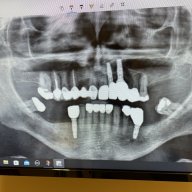 Celtics basically fired Danny Ainge and replaced him with Brad Stevens who was fired as head coach.
Stevens immediately made changes that he knew needed to be made because he also knew what the locker room problems were.
The Celtics brought in Ime Udoka as the new head coach and now he's saying he doesn't know what's wrong.

Press wants to blame Stevens because he couldn't win a Championship in his eight years as head coach.
Press is saying the Udoka needs time.
Press is saying, wait until Jaylen Brown comes back healthy.

Here's the real problem: Celtics coaching sucks. They have not instilled a "TEAM" attitude. When Brown and Tatum are on the floor, one or the other takes the shots and no one shares the ball. Schoder, Freedom, Horford and everyone else are ignored by these two. Now that Brown is injured, everyone is waiting for Tatum to score 48 a night and hope that Schoder picks up the slack and scores 38. In the past three games against the Lakers, Clippers and Suns, they've looked a bad U17 AAU team being coached by an alcoholic father.
You must log in or register to reply here.

Bieniemy May be Getting Fired Effectively; Mahomes, Hill, Kelce, and Hardman May Have Been at Odds with Bieniemy; Other Juicy Gossip
2