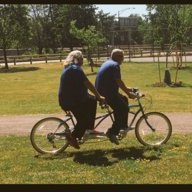 Starts off with a massive thud.

It's looking like this could be another huge year of "success" by the way Terry Pegula defines the word. With all these successes (aka last place finishes) it's shocking Buffalo fans aren't more optimistic.

Eichel is rounding into a very nice NHL player.

His start to his career in the bigs may not have had the immediate boom impact some where expecting, but let's not forget the guy is still a teenager, plus, one need only look at what he has done for his team in his most recent games and it is easy to see that he will be as advertised when all is said and done this season.

The Sabres as a whole will continue to take some lumps on their growth and learning process, but they really are on the right track to being contenders once again.

Rasmus Ristolainen will be another player to watch as he grows right alongside Jack Eichel on the team, and Ryan O'Reilly....though he already has 6 yrs NHL experience, is STILL just 24 years old himself.

Others such as Sam Reinhart and Evander Kane (if he can ever stay healthy that is), along with Linus Ullmark (watch this goalie...he may be the Sabres keeper...NOT Robin Lehner)........all will see to it that the "Jack Eichel Era" in Buffalo is a good one.

Eichel is starting to look really good. His talent is obvious.

I must admit...the team seems to have turned a corner. They looked like the usual garbage Sabres for the first portion of the year, but the past two games against Tampa and Florida were unlike anything I'd seen in 3-4 years: Two straight games of hockey where every period they played well, they wanted it more than the other time, and the effort was awesome.

Over the next two weeks, the Sabres will see plenty of the toughest division in hockey...The Central.

They see the Blues, Predators, and Stars twice apiece.
Sprinkled in there will be a home game against the Carolina Hurricanes as well.

Then, as that Central tour is concluding in Nashville, the Sabres go to Detroit, fly back home to face the surprising Coyotes, then back on the road for the ALWAYS tough trek through the North West with stops in Edmonton, Vancouver, and Calgary.

Sabres wanna make a name for themselves sooner than later...well, those games right there will either prove they have arrived, or still not-yet-ready-for-primetime.

Couldn't agree more. We'll find out if what I saw in Florida is who they are or just a fluke weekend.

Well, since we posted, they promptly lost 6 straight games and are back where they usually are...last place (aka a position of "success" by Pegula standards).

some under the radar guys to watch