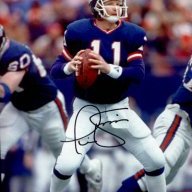 Sam Huff, the hard-hitting Hall of Fame linebacker who helped the New York Giants reach six NFL title games from the mid-1950s to the early 1960s and later became a popular player and announcer in Washington, died Saturday. He was 87.

Huff always will be remembered as the furious middle linebacker in a 4-3 scheme developed for him by fellow Hall of Famer Tom Landry, his defensive coordinator with New York and later the architect of the Dallas Cowboys’ rise to power.

Drafted out of West Virginia in the third round in 1956, Huff played for New York from 1956-63. He was traded to Washington before the 1964 season and played there for the next four seasons. He retired after the ’67 season, sat out the following year and returned for a final season in 1969 as a player-coach under Vince Lombardi.

Huff spent three seasons working as a color commentator for the Giants on radio before moving over to a similar job with Washington, where he spent 38 years calling games, starting in 1975. 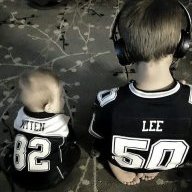 RIP Sam.
You played when Men were Men
You must log in or register to reply here.