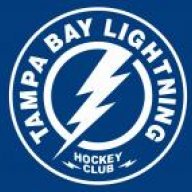 I still have Drouin being moved. I do think it's down to him or Johnson who will gt moved this summer for defensive help. There are also rumors that Drouin is looking for a long term commitment deal were as the Lightning would prefer a bridge deal similar to Kucherov's. Additionally despite Drouin's elite level offense, his play away from the puck is poor hence his team's worst -13 this past season.

Carolina are a very young promising team that are on the up. Going into the offseason they are going to look to improve and push to be a playoff team. The Canes have a good set of forwards and a really good blueline at it is with a lot of young prospects on there way as well. With the depth on the blueline and the fact they could use a bit more firepower upfront this trade presents itself.

With the addition of Drouin they add a dynamic offensive player, probably the most talented on their team. I think he would be a nice fit in Carolina in terms of their style of play and the group of forwards they have. They also get Sustr in the deal to help bridge that gap from now to their D prospects being ready. Ssutr comes in and becomes a solid 3rd D pariring defenseman for them.

In regards the Bolts they get a 20 year old defenseman in Noah Hanafin who was the 5th overall pick in the 2015 draft. Hanafin is a very good puckmoving defenseman who has played a lot with Justin Faulkin Carolina and logged a lot minutes playing in their top 4. He's only played 2 seasons but is well established and would be a nice addition to the bolts blueline.

Jason Garrison to St. Louis Blues for a 2018 4th round pick

St. Louis are a deep team and every year are in contention. They have a good D core but could use some more depth on the 3rd paring so they grab Garrison. The Lightning retain salary in the deal to help the Blues out and get Garrison off the roster in search off an upgrade.

With Drouin moved Palat become the teams #1 priority. He got off to a slow start but finished the season strong and his game is valuable to the team as he does it all. Johnson has been injury plauged the last couple of seasons but still remains a core off this team. Dotchin was a real suprise when recalled, player better than anticaped but don't see the Lightning making a huge commitment to a player who is only 35 games into his NHL career. Budaj played well last season mainly for the Kings and could generate interest on the market but bolts keep hold off him to provide a veteran experience around Vasy.

Vegas have to claim one player per team, out of the list above that the Lightning lose Cedric Paquette. I don't think that is a great list for Vegas to choose from and I think they will opt for a younger option here so either Paquette or Koekkoek but with the fact team can only protect 3 defenseman Vegas might get some good defenseman so they grab Paquette as a cheap, youth 4th liner.

Son of former NHLer Adam Foote, Callan is Two-way defenseman with high hockey IQ in all three zones. Almost never out of position on a play. He's not the most flashy prospect but a real solid and safe draft pick. Along with Erik Cernak, it gives the Lightning another much needed righty shot defenseman in the system and one that is going to be a sure NHLer for a long time.

Lightning add another defenseman in Cody Franson. Yzerman has shown previous interest Franson but never been able to acquire his services. He's a big, rangy puck moving defensman who has a bomb from the point, he also can play a phyiscal game.

Brian Boyle didn't want to leave Tampa but down to the nature of the business he was moved. He still has a house in the Tampa area and lives there with his wife and son and they are soon expected another child. Boyle loved it in Tampa and the organization loved him. He could get more money elsewhere but I see him returning on a discount deal in chase another cup.

They also land Hudler on a cheap 1 year, prove yourself deal. Hudler had some excellent seasons with the Wings and Flames before being moved to Florida last year and was only able to land a 1 year $2 mill deal with the Stars and was unimpressive with the Stars mainly due to injury but when healthy didn't really contribute. Yzerman was his teamate in Detroit and knows what he brings. He's a couple seasons removed from a 31 goal season with the Flames

Vasilevski
Budaj
You must log in or register to reply here.

If the B1G expands, who would be your Top 5 candidate schools