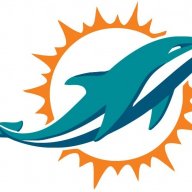 I have been watching the Playoff matchup between the Panthers & the Islanders. It's been tough to watch at times. The Panthers have played well and the games have been close but losses. One of the things that I've noticed is the big difference in power play chances between the two teams. Most recently in the last game. The Islanders had 5 power play chances compared to only 1 for the Panthers. The refs missed Bjustad being tripped into the board. That play led to his injury. It's kinda weird that the Panthers don't get more calls considering they generate more shots on goal.

I have to give Islanders Goalie Greiss credit. He's played really well.

The Panthers are up 1-0 in this must win game. Great shot by Huberdeau.

Luongo is playing well with some nice saves.

The Islanders won. To their credit they kept battling back when they were down. 53 seconds to go & they tied the game up before getting the win in the 2nd OT.

Other observations from the series: There were 4 overturned goals that could have counted for the Panthers plus plays that weren't called goals during the course of play. In a close series overturned goals can be gamechangers and series changers. They were for off side calls that weren't breakaway goals. The defense was fully set up for the Islanders yet they took points off the board. The Panthers should work on avoiding off side calls for next year. The Panthers have a very talented team so I'm sure they will be back in the playoffs again.
You must log in or register to reply here.

Ron Rivera has served his purpose and should be dismissed after the season.
2 3