Oscar Tshiebwe is no longer a Mountaineer 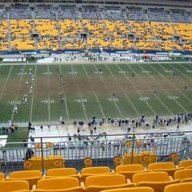 Part of the post-Liberty Bowl buzz on NY's Eve was a rumor that Oscar had left the team. He was reportedly in Miami, FL training.

Yesterday, Huggins confirmed that Oscar was gone and not welcomed back. Well... actually... the school didn't get the story straight... they first made an announcement that Oscar was dealing with personal issues, but then Huggins had his scheduled presser... and when asked... he responded with the news that Oscar would not be welcomed back.

There are rumors that Oscar's circle has been trying to push him away from Huggins since he was in high school. There is Adidas money involved.

Oscar obviously wasn't performing at an elite level this year. Based on how he was playing this year, I don't think the team will suffer a huge drop off. His loss potentially allows for more spacing too.

I'm no fan of playing 2 bigs like DC and OT who have zero outside game. Basketball has evolved, and this post play... feeding the post... is a relic. We also can't defend the perimeter with 2 bigs on the court at the same time.
D 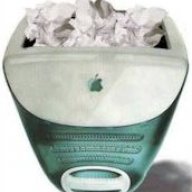 I sure as hell hope not. Huggy bear loses another team, then I'm all for parting ways.

Mac_Bridger said:
I sure as hell hope not. Huggy bear loses another team, then I'm all for parting ways.
Click to expand...

Man... it wasn't looking good for 2/3 of the Okie St game. I have to admit, I got pretty damn excited watching that comeback! Happy to see the kids get a great come-from-behind win. Hopefully it will be a difference maker for the kids going forward. 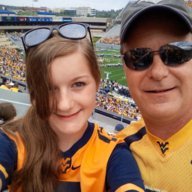 Oscar played much worse than he did last year. I believe that his natural skills outshine his work ethic. Foul trouble and his inability to finish when under the basket were his big drawbacks. It is still a big loss as we have nobody who can really backup Culver.

Without Oscar, Culver will put up monster numbers this year and will likely be an NBA pick.

While Oscar will find a new home, he should have waited and played out the year. His leaving will only leave doubts about his character.

Just like good ol GR, Big O knows a better situation when he sees it.

They need him more than we do. Culver outshined him. Now he can be the best big on his new team.

There is a rumor, strongly backed-up rumor, that Oscar took money from Adidas, and has contact with an agent. Also rumored that Huggy kicked him due to this... Standard procedure at Kentucky...
D

Mac_Bridger said:
There is a rumor, strongly backed-up rumor, that Oscar took money from Adidas, and has contact with an agent. Also rumored that Huggy kicked him due to this... Standard procedure at Kentucky...
Click to expand...

I doubt it cause Huggs would be required to report not just kick off team.
You must log in or register to reply here.