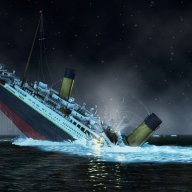 Time for my power rankings that are buried on this board that barely anyone reads. Week 1's results have me excited for the conference this year.

1. Boise State - This was not easy to determine, the first half edition of Boise State would probably belong about 9th in these rankings but was a comeback in the 2nd half and adjustment by the coaching staff. We'll see how this team looks going forward but it was a strong start. That start can easily be undone as Boise State hosts Marshall on the short week, Marshall appears to be a tricky team.

2. Wyoming - This may seem like an overreaction to the Missouri win but it isn't. Yes the Missouri win was nice, and actually of all the wins the league got in week 1 Missouri was the highest ranked in the AP poll. That isn't why Wyoming is up here though. It's because Wyoming currently has the longest winning streak in the conference at 5 games. While Wyoming's pass offense is still questionable they have gotten very strong in the run game, and their defense created some points as well. Up next is Texas State on the road, Texas State has a new coach and is coming off a bad season so it would be a disaster if Wyoming loses.

3. Hawai'i - Technically it was in week 0 but Hawai'i opened with a big win over Arizona and they did this in spite of 6 TURNOVERS!! Their offense was absolutely unstoppable when it didn't stop itself and the defense actually was less than horrible. Hawai'i had a week off to clean things up and now they have another big game hosting Oregon State.

4. Utah State - Utah State still looks good offensively and their run defense looked good against Wake Forest. They are so bad for the conference though because they're one of the better teams and they badly needed to come out with that win. Instead Utah State did what they always do against the Power 5 and they choked the game away at the end. Next up they play something called Stony Brook.

5. Fresno State - Fresno State didn't start off badly in spite of replacing a lot of starters, they survived the early onslaught from USC and hung around with them most of the game. Reyna is still a work in progress at QB, and their special teams are very bad especially in kick coverage. Fresno State definitely isn't as good as last year but they won't drop too far either. Next up they host Minnesota, where they can possibly make amends for their worst performance last year.

6. Nevada - Nevada didn't look good to start against Purdue, early on they looked completely outmatched. Nevada is lower because I'm not sold on Purdue not falling asleep but Nevada did well to come back and get the win in dramatic fashion. No time to rest on the laurels of that win though, now Nevada goes on the road to take on Oregon. Their chances aren't good but maybe they can keep it close heading into the 4th quarter and at that point we all know how bad Mario Cristobal's game management is.

7. Air Force - Air Force took on a toothpaste company week 1 and won easily like they should. I tried to think of more things to say in this space and my eyes went back up to the Nevada ranking. I'm sorry Oregon fans, that ended up being an unnecessary shot, but honestly you guys should have beaten Auburn and I'm actually a little disappointed you didn't. Anyway Air Force has a bye this week.

8. UNLV - UNLV took on Southern Utah and easily dispatched them as they should. Now comes a biggest test they host Arkansas State. Arkansas State is a solid team, they opened with a tight loss to SMU and this is an even matchup UNLV needs to win. Obviously there's been a lot going on for Arkansas State's head coach Blake Anderson due to the passing of his wife, best wishes to him and her family.

9. Colorado State - Colorado State lost, but for the first time in years they were competitive in their rivalry game against Colorado until they were undone by 2nd half turnovers. Turnovers aside Colorado State looks very good on offense, we'll see how they look the remainder of the year. Next up is Western Illinois, a loss to them would drop them to last in these rankings.

10. San Diego State - San Diego State fell apart last year ending the year on a 4 game losing streak because their offense was absolutely terrible. They spent the offseason working on revamping the offense to make it better and well.....here's the result. Weber State vs. San Diego State - Play-By-Play - August 31, 2019 - ESPN . They go on the road against UCLA and it could be painful to watch the offenses.

11. New Mexico - New Mexico barely got past Sam Houston State, but any win will be tough to come by for them. Bob Davie had a major medical scare after the game, good news is he released a statement yesterday that he expects to make a full recovery. New Mexico has a bye this week.

12. San Jose State - They did it, they finally won a game. They beat Northern Colorado rather easily, so maybe they can make some progress this year. We will get an idea just how much better they will be after this week as they take on Tulsa, another struggling program. 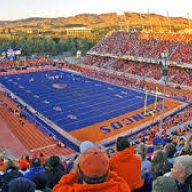 It definitely was a bit of a toss-up

Jordan Love being a top QB vs Fresno State having a new starter was what made the difference for me, even though Fresno State did take on the higher quality loss (I think)

As I mentioned here on Sunday I watched nearly all of that Utah State vs. Wake Forest game and Utah State did all they could to lose that game. I was NOT impressed. Fresno State, on the other hand, played AT U.S.C. and from what little I saw of that game (most of the 1st half) they were competitive against U.S.C. They trailed by only 7 points at halftime. Granted they were trailing 31-13 at the end of the 3rd quarter but they scored the only points (10 points) in the 4th quarter and end up losing on the road to U.S.C. by 8 points. To me that's more impressive than literally GIVING the game away to a middle of the pack A.C.C. team like Wake Forest.
You must log in or register to reply here.