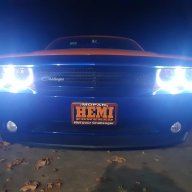 The Broncos' victory was Vic Fangio's first in eight September games and the team's first in an opener since 2018 against Seattle, which also marked the last time Miller recorded at least two sacks.

Complete article: Broncos above .500 for first time in more than 1,000 days
You must log in or register to reply here.

What makes 2020 successful for the Broncos