Emmett Johnson (3-Star RB) Minnesota - will be announcing today, I believe around 3. All signs point to N. He rushed for 2,500 yards his senior year.

Justin Evans-Jenkins (3-Star OL) New Jersey - unsure if an announcement is coming today, but Nebraska needs a lineman in this class and he looks to be the one.

Ben Roberts (4-Star DE) Utah - Current Oregon commit that Nebraska tried to flip last minute, I think he likely sticks with Oregon because of the hiring of Dan Lanning and his defensive mind.

As always, I will put the players in bold that have officially signed and check back throughout the day. Should be a relatively quiet and uneventful signing day. Nebraska looking at between 15-17 players in the class. Probably closer to 15 than 17.

I do not expect Grant Page to be a part of this class. His injury made Nebraska move on from him, as did the hiring of Mickey Joseph. I would expect someone like Decoldest Crawford to take his spot (possibly on Friday)

Grant Page signs with Colorado... seems like staying home was his best option. Good luck to the young man

and there's the last one of the known signees... the rest we will find out about throughout the day

first domino to fall.. .Justin Jenkins... first OL of the class. Kind of a reach, but it's who we could get to fill out the class.

Emmett Johnson will be committing soon... he has a ceremony on instagram... emmettj_ is his name 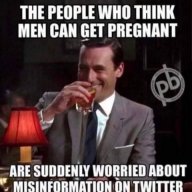 Nut, thanks for updates. Two questions since I don't follow much here. Are the top players from the state still going to NU? Secondly, is walk on program still strong like it was years/decades ago? I'm assuming not, but how far has it fallen, IYO?

psaboy said:
Nut, thanks for updates. Two questions since I don't follow much here. Are the top players from the state still going to NU? Secondly, is walk on program still strong like it was years/decades ago? I'm assuming not, but how far has it fallen, IYO?
Click to expand...

The top players in the state this year did not go to Nebraska.

Walk-on program is still strong, but because of Covid and some other factors (Title IX) they had to take a tiny class of walk-ons this year.

I'll be waiting to do some recap stuff until after the second signing day in February. Nebraska should be signing some players from the portal by then AND should be adding 2-3 High School or JUCO recruits by then as well. Friday, Nebraska SHOULD get a commitment from Decoldest Crawford.

Fake put on a Texas hat and everything and threw it away to put on a nebraska hat. First big recruiting win by Mickey.

I'll link the profiles when I have some time

Fake put on a Texas hat and everything and threw it away to put on a nebraska hat. First big recruiting win by Mickey.
Click to expand...

Thought he was leaning LSU. I'm sure having Mickey come over helped the decision.

psaboy said:
Thought he was leaning LSU. I'm sure having Mickey come over helped the decision.
Click to expand...

He was committed to LSU, then decommitted when Mickey left for Nebraska. He said he wanted to play where Mickey was coaching.

Some names to know going into the final month of the 2022 class and some transfer portal happenings...

Nebraska is not done with their HS class yet and here are some names to keep tabs on going forward:

Trevonte Citizen (4-Star, RB) [Lake Charles, LA] - Citizen is a lot like Decoldest Crawford in that it was long expected he would join LSU but coaching changes may have thrown that for a loop. He has taken 4 OVs so far with one to go. He decommitted from LSU in late November, similar to the time period that Joseph came on staff. Watch what Nebraska does with their RB position this coming week to see if there might be more inroadshere.

Jacoby Matthews (4-Star, DB) [Ponchatoula, LA] - Another Louisiana player that Nebraska is looking at making a run at. Right now it looks like Nebraska is on the outside looking in. However, most schools are recruiting Matthews as a DB... Nebraska will be recruiting him as an ATH with his choice to play whatever position he would like. It's a long shot, but Nebraska is taking it. Matthew has a few more visits to use up and Nebraska has positioned itself to possibly receive one of those.

Andrew Savaiinaea (3-Star, DL) [Graham WA] - another Poly connection... Nebraska tried to steal Ben Roberts from Oregon at the last second, but that fell through. Andrew plans to sign in February and Nebraska looks to be in the lead.

I'm sure there will be more where that came from... a name I've been told to keep an eye on... Greyson McCall, QB from Coastal Carolina... Nebraska is very interested in his services should he choose to transfer.

I am in the process of relocating to another message board since this one seems pretty dead... DM me if you want to find where I am. Otherwise, I'll see you around!
You must log in or register to reply here.